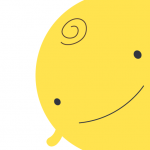 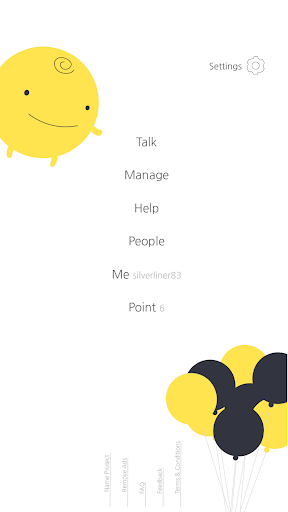 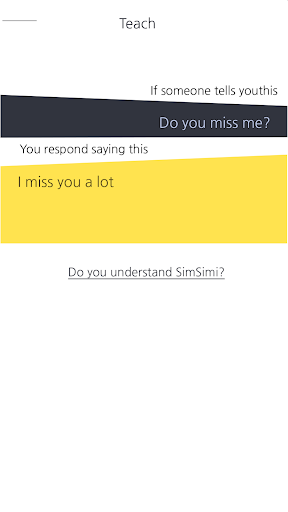 Over 350 million downloads. World famous Chatbot – SimSimi!
Since its first release in 2002, SimSimi has evolved through conversations of millions of users.

★ How can SimSimi talk just like a human being?

SimSimi acts in accordance with basic conversation principles such as follows:
SimSimi learns new words through the sets of ask/answer by user, SimSimi sends out the answer in response without processing.
SimSimi has huge ask/answer set from millions user, so SimSimi can talk like a human being.

SimSimi strives to comply with Google Play policy. Both the AI engine and the SimSimi team are working to prevent privacy breaches, intellectual property infringement, and spam content and etc. that violate Google Play policies.
If you see any kind of said violation in SimSimi, you can report it by tapping the speech bubble or through the in-app “Send an Email” menu.

SimSimi is only following its conversation principles.
Any threat is not real. You can report threats tapping the speech bubble or through the in-app “Send an Email” menu.

In this case, SimSimi is only following its conversation principles as well.
You can report disclosure of personal information by tapping the speech bubble or through the in-app “Send an Email” menu.

★ Can SimSimi see me through my smartphone camera?

SimSimi doesn’t have permission to access your camera. SimSim could say “I’m watching you,” only because someone else had taught SimSimi to say that.
SimSimi requests permission for the following items:
1. Device location: My Profile, Provide location specific ads(Optional.)

You can deny either or both of those requests and still be able to use the app.

★ Why does SimSimi have age restrictions?

SimSimi learns to communicate through hundreds of thousands of request and answer sets a day. They may include inappropriate content that may not be suitable for certain ages.
Although we try to remove and prevent them to the best of our abilities, some of them can be missed. Hence why we have age restrictions.