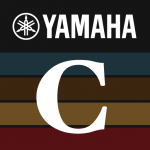 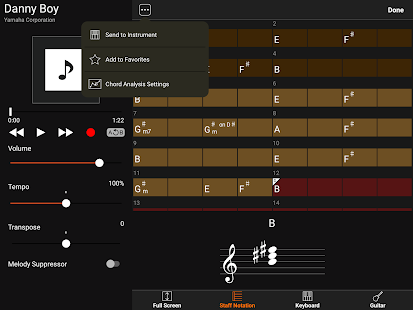 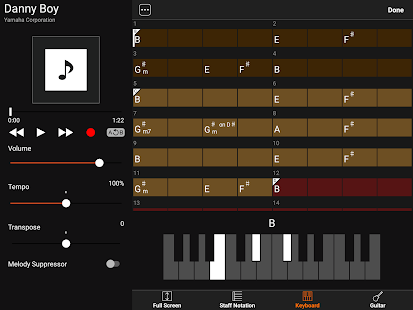 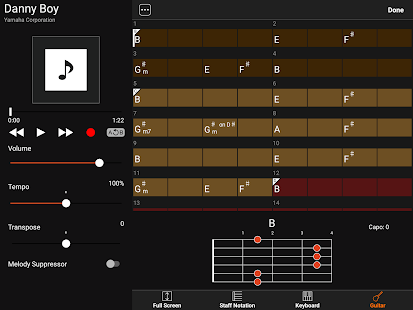 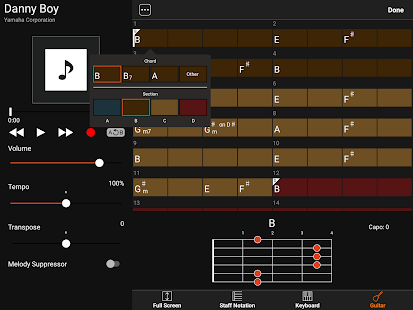 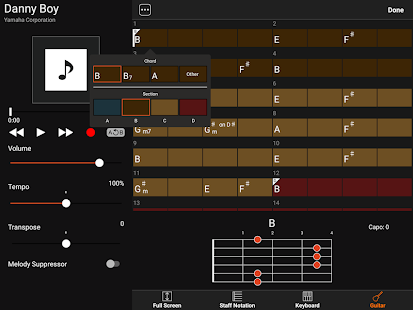 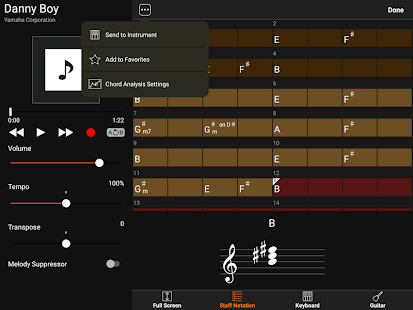 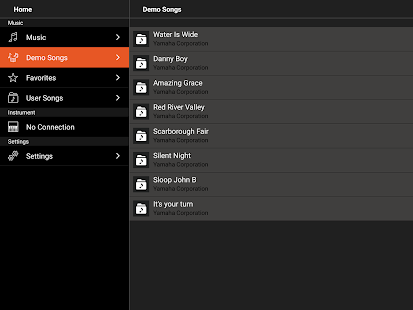 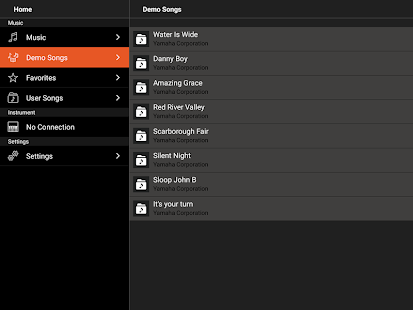 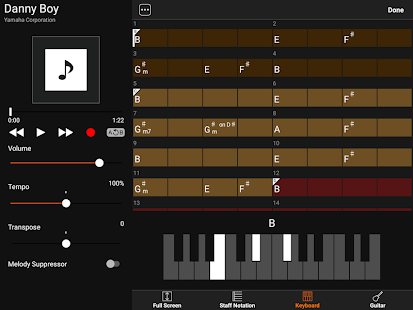 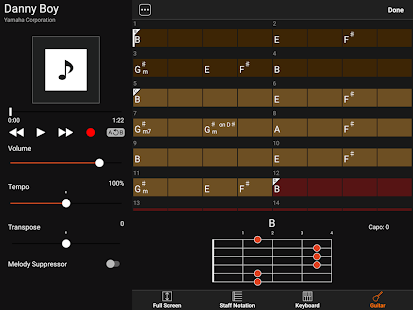 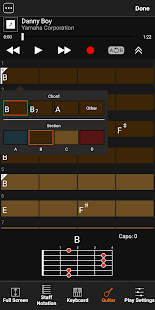 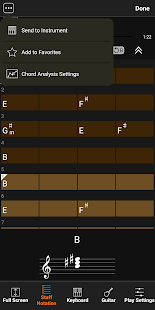 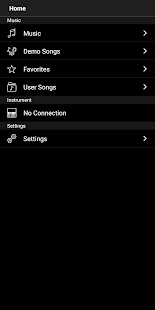 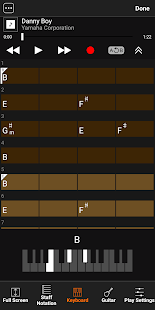 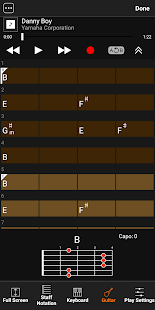 *It has been reported that some Android devices may restart the OS when the instrument is connected to the app on the smart device with a USB cable after installing the Android OS security update released by Google in early March 2021.
We are currently reporting the issue to Google and requesting a response. We apologize for any inconvenience this may cause.
Android devices confirmed to have the problem: Pixel 4a, Pixel 4XL

Have you ever tried to figure out what the chords are to your favorite songs? Yamaha’s new Chord Tracker app does the hard work for you, and much more! The Yamaha Chord Tracker app helps you practice and perform songs by analyzing the audio song stored in your device and then displays the chord symbols for you.

Play the chords of the audio songs stored on your device by simply reading the chord sequence extracted by Chord Tracker and shown on the device display.

1. The chords displayed by this application will match the mood of the original song very closely, but may not be an exact match for the original chords used.

2. Songs protected by DRM cannot be used in this application.

3. Chord Tracker will not work with Music Streaming service.

The tempo and key can be changed if desired for your practice or performance. You can even edit the chords to make your own arrangement of the song by choosing from two recommended chords or selecting the chord root and chord type.
– Resolved occasional app crashes when the Genre is tapped on the Music Library screen on Android 11.
– Added song searching function.
– Improved usability of Bluetooth connection settings.
– Minor bug fixes.