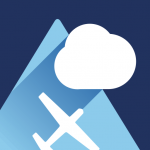 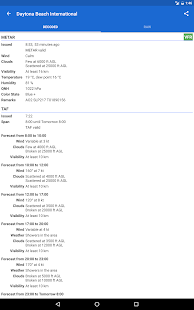 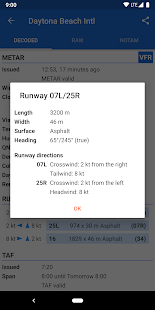 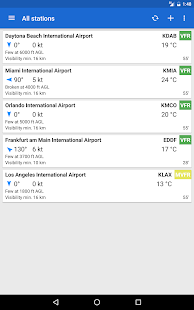 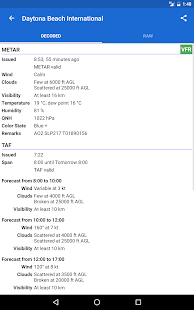 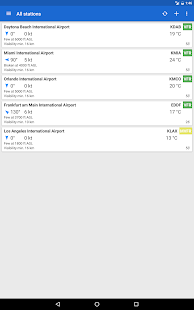 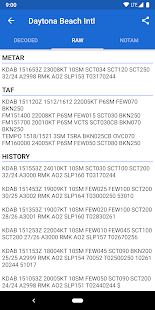 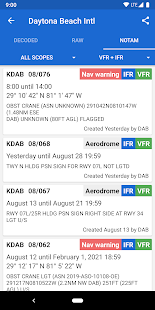 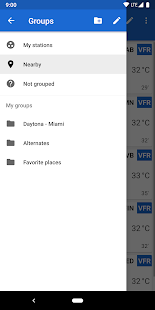 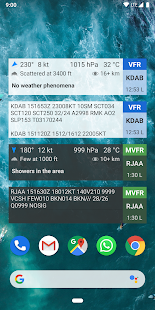 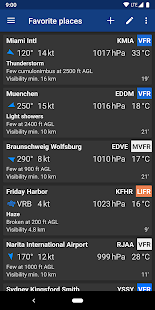 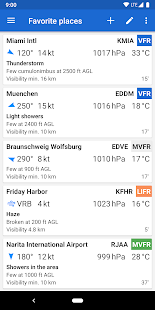 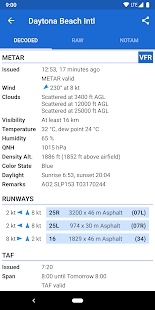 The reliable and straightforward Aviation Weather app for Pilots and aerospace enthusiasts. The METAR-Reader decodes and presents the current METARs of more than 9500 Airports around the globe. Neither more nor less. A simple Color Coding allows a fast classification by VFR or IFR Conditions – as an option even by NATO Color State. Additionally the current TAF weather forecasts are retrieved and displayed clearly in a decoded form.

Runway crosswind components are automatically calculated based on the current METAR. A Widget which can be configured to display either decoded METAR or raw METAR / TAF is also available.

As a bonus the app offers access to NOTAM for the weather stations, which will be downloaded, in part decoded and which can individually be marked as read. This way you can easily keep track of new and relevant NOTAM.

New weather stations can be found worldwide by ICAO or IATA-Codes, airport name or city. They can be organized in user defined groups – e. g. for your most common routes or alternate airports. Additionally an auto-managed group always presents nearby weather stations.

For use during the night, there is a dark theme which can be activated either manually or automatically by the system (depending on your Android version).
NEW: Now using vector drawables throughout the app to improve display on high DPI devices.

Change / Bugfix: Workaround when updating the weather data (glitch at the data provider may have caused a 10 minute delay).
Change: Improved the algorithm to determine when to perform an automatic weather update.
Change: Update the UI only if there is new data available to reduce flickering.
Change: Improved Spanish and Czech translation.