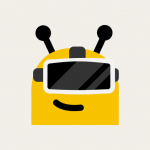 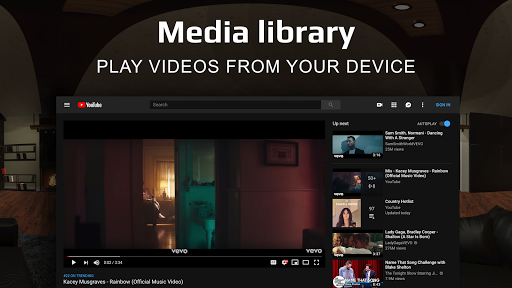 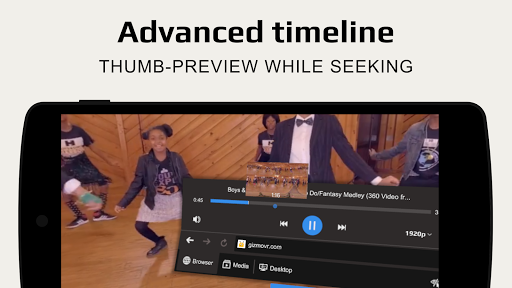 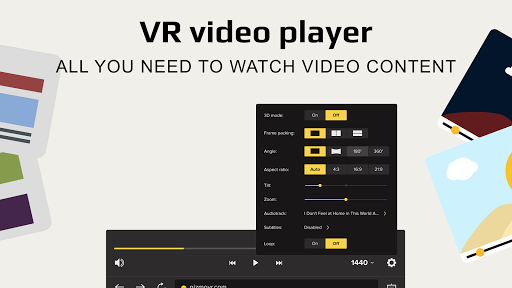 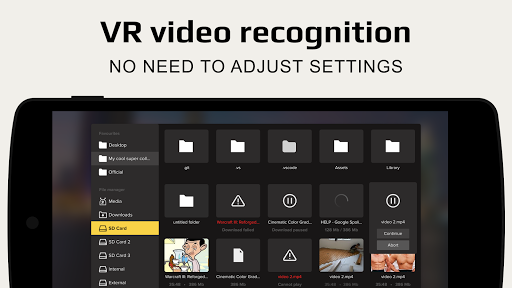 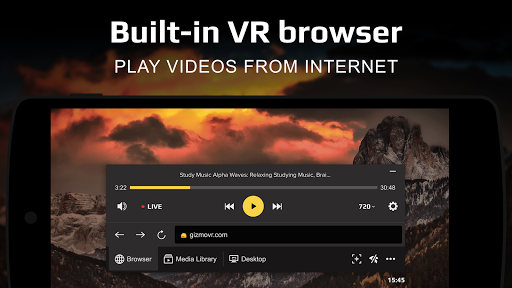 How about getting your hands on one of vr apps with a pro level virtual reality player? An App that integrates with everything works great and is simple to use? Here’s the good news: Your new state of the art VR Media Player is now a reality with GizmoVR!

As you may know the Virtual Reality Headset you choose is actually less important than the player software App you run on it. With so many terrific Android devices available, many early adopters have had to suffer through a mess of 360 video player apps that failed to deliver what was needed. GizmoVR solves all that for free and offers you a robust set of features that are way ahead of any other App on the market right now.

GizmoVR Features:
❶ Integrated browser;
❷ Support of all stereo formats with side by side and over under frame packing;
❸ Media library with an option to add selected folders into favorites;
❹ Playback from YouTube;
❺ Automatic frame packing detection when files are run from the local storage;
❻ One click start from the browser;
❼ Integrated download manager;
❽ Flexible playback settings;
❾ Automatic pause if headset removed;
❿ VR player can be dragged;
⓫ Cinematic mode (curved or flat screen);
⓬ Control the app with a gaze in the hands-free mode;
⓭ Supported video formats: 2D/360°/180°.

GizmoVR is the next era virtual reality movie player offerring an entirely integrated browser that comes in handy for navigation or online surfing within the App itself, so it is far more convenient than other virtual reality apps.

Enjoy the versatility of GizmoVR with the full support of all stereo video formats including side-by-side and over-under frame packing, as well as all the traditional video formats. Get the best and most immersive VR POV from the only player truly capable of displaying 2D, 3D, 180-degree VR or fully encompassing 360° VR experiences and putting you right in the middle of all the action!

The GizmoVR media library allows you to add selected folders to your favorites for easy access to your preferred content with just a click or two on the headset itself.
General fixes and improvements:
– Multiple minor fixes of UI