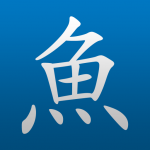 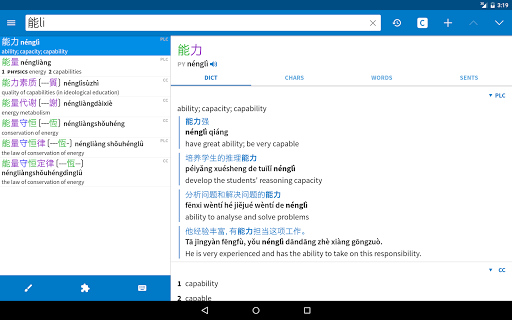 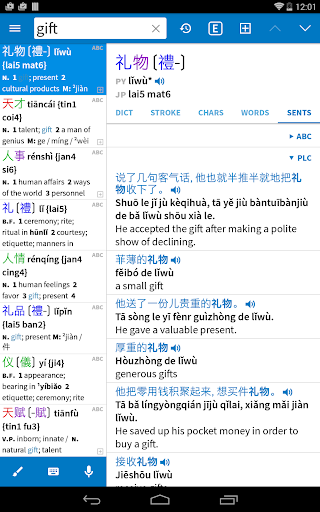 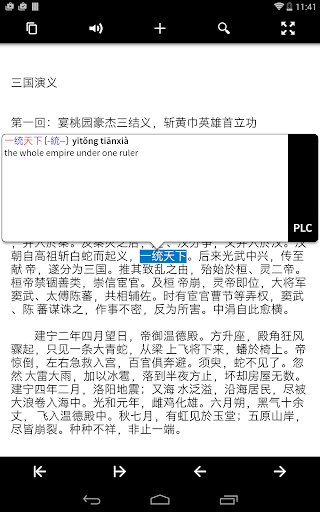 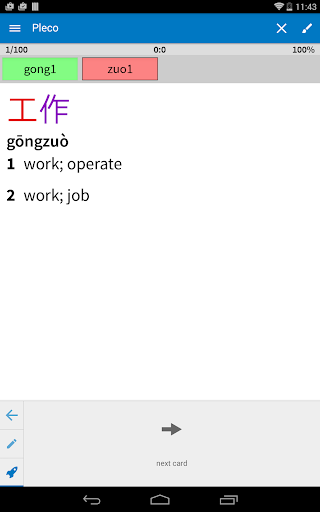 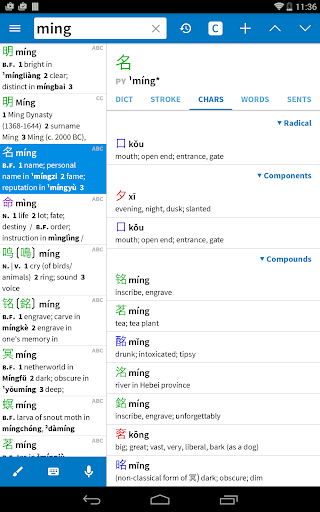 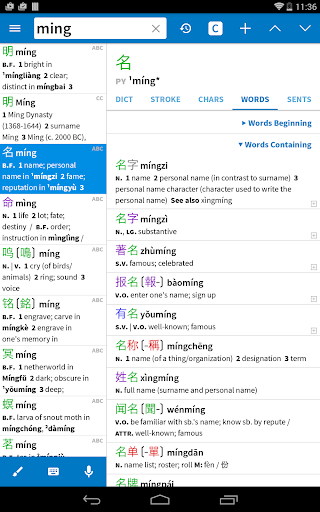 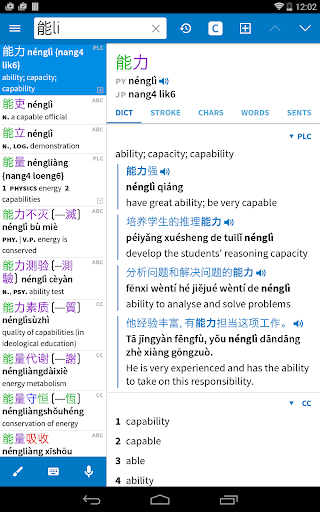 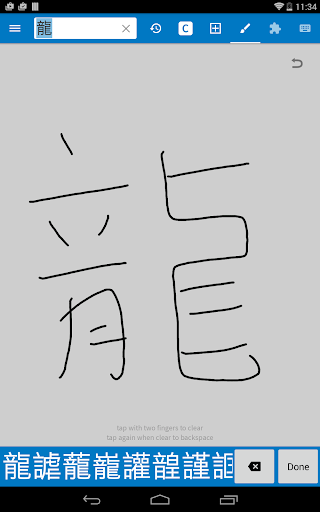 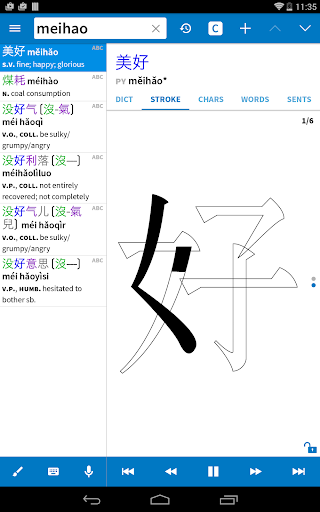 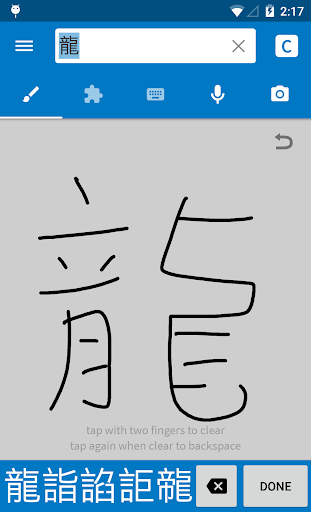 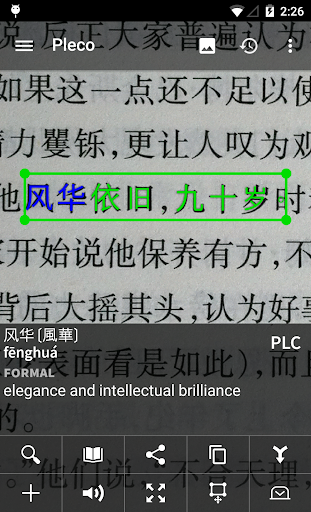 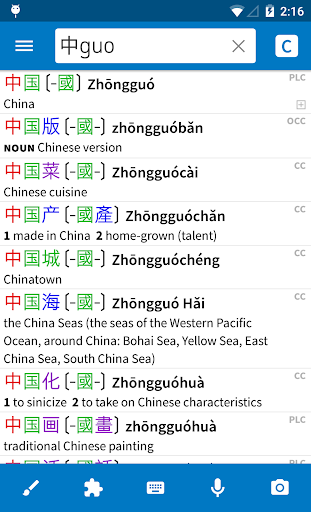 • Great dictionaries: the free app comes with two dictionaries – CC-CEDICT and our in-house PLC dictionary – which together cover 130,000 Chinese words and include 20,000 example sentences with Pinyin. We offer 8 more free dictionaries as optional downloads, including a 22,000-entry Cantonese-English dictionary, and 19 other great dictionaries are available as paid upgrades. ($)

• Live Optical Character Recognizer (OCR): look up Chinese words in the dictionary simply by pointing your device’s camera at them, or by scrolling around a still image. ($)

• Flashcard System: create a card from any dictionary entry with a single button tap, import premade word lists, use advanced techniques like SRS (spaced repetition), and study in a variety of modes including fill-in-the-blanks and tone drills. (simple version free, full-featured $)

• Powerful search: look up words by Chinese characters, Pinyin (spaces/tones optional), or a combination, with support for wildcards and full-text search.

• Cross-referencing: tap on any Chinese character / word in any dictionary entry to bring up its definition.

• Stroke Order Diagrams: animations showing you how to draw each Chinese character; 500 in free app, 28,000 in paid add-on.

• Voice Recognition: look up words by speaking them into your device’s microphone.

• Document Reader: open a Chinese-language text or PDF file and look up unknown words in the dictionary simply by tapping on them. ($) You can also look up characters on web pages through “Share” and in other documents through the clipboard. (free)

• PRC- and Taiwan-friendly: supports traditional and simplified characters (in dictionary definitions, stroke order, search, OCR, and handwriting), and supports Zhuyin (with ruby support) as well as Pinyin for pronunciation display.

• No ads: we won’t even nag you about buying add-ons.

We also offer excellent customer support – send us an email and see for yourself – and an active user community at plecoforums.com.

We’ve been making Chinese dictionary apps since 2000, and our sales and customer base have been steadily growing for 17 years across four different platforms. We take good care of our longtime users: people who bought a dictionary on a Palm Pilot in 2001 can still use that dictionary on a new Android phone in 2020 without even paying an upgrade fee.

Paid add-ons can be moved to a new device like any other paid app; just open our free app on your new device and they should reactivate.

If you already own Pleco on another OS, see pleco.com/android for migration options.

This app uses Accessibility services. (for our Screen Reader feature, which helps users to get by in Chinese-speaking regions without knowing Chinese)

3.2.81:
• Added option to limit spaced repetition flashcard tests to a specific # of cards. (though we still don’t recommend that)
• Bug fixes

Also, see the “Flashcard Exchange” forum at plecoforums.com for an early set of flashcards for the new HSK 3.0 test. (it’s unclear when the HSK will actually adopt those lists, which is why we haven’t built them in yet)