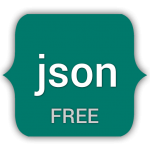 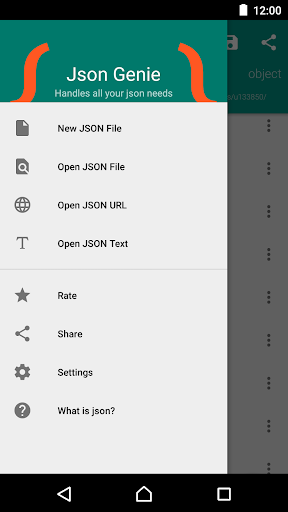 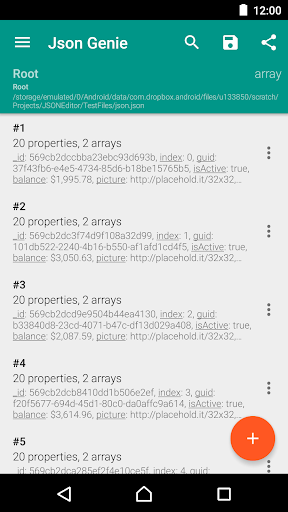 Json Genie is a JSON editor that was created by the need of a developer.

Really, really fast
It is ridiculously fast, which was really important while creating the app. Our tests reveal that it opens a 2 MB json file in under a second. We even did tests with files over 50 MB and Json Genie handled them without a sweat.

Create/open from sd, url, text, dropbox, …
Because Json Genie uses the default Android way of opening files, it can open a json file from all sources available on your Android phone (Dropbox, Drive, SD, …). You can even copy/paste your custom json text or open a URL.

Powerful filter
Easily find the elements you want by using the easy to use filter option.