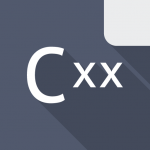 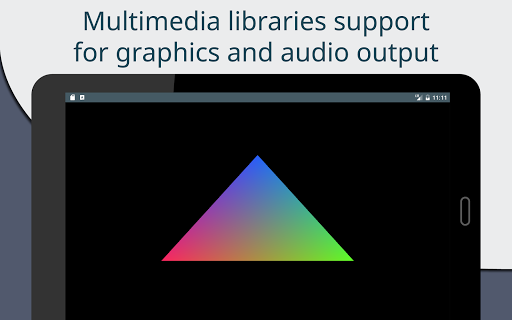 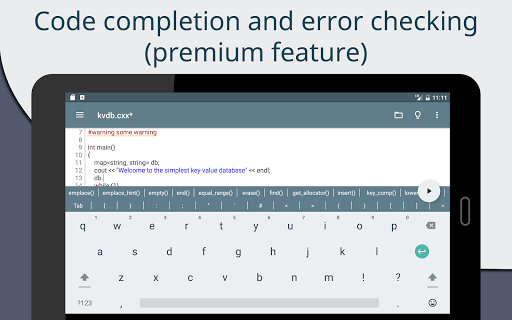 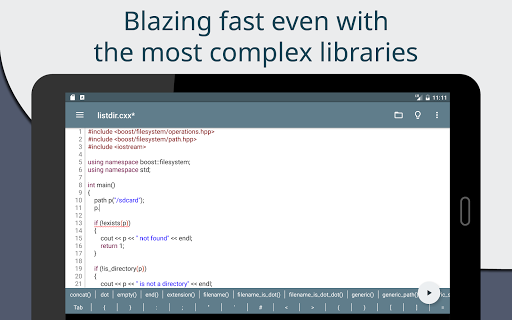 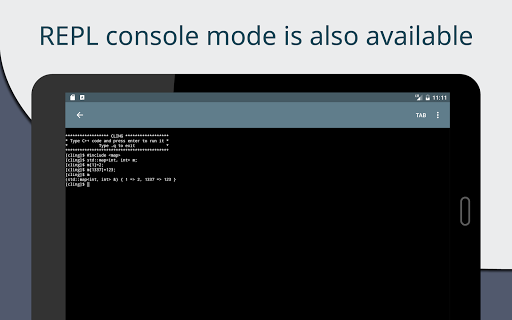 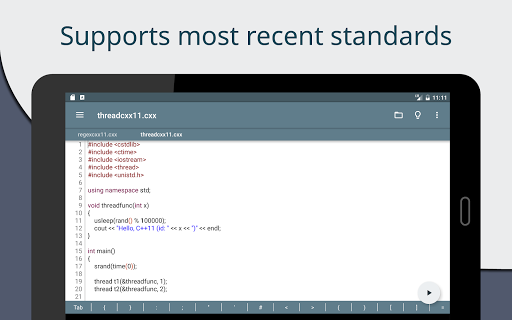 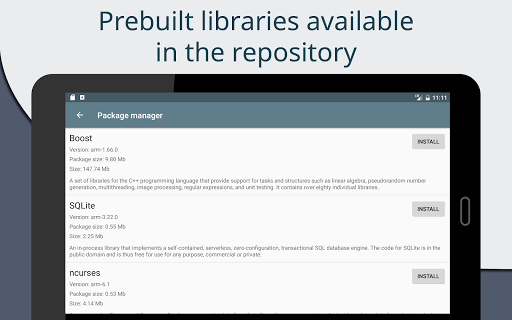 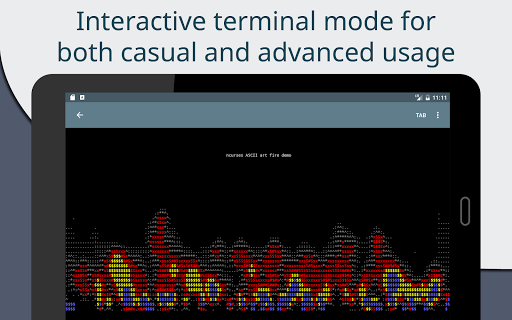 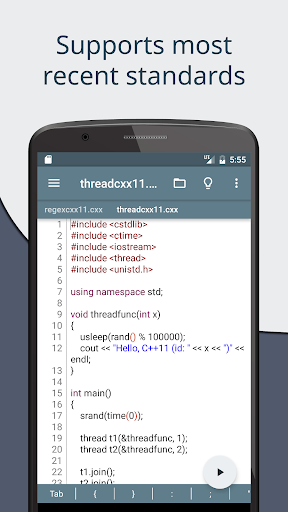 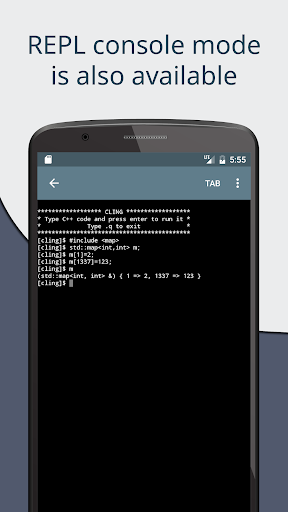 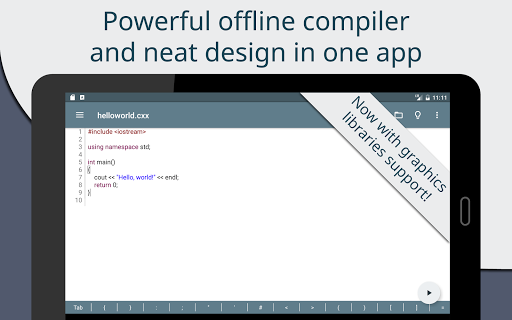 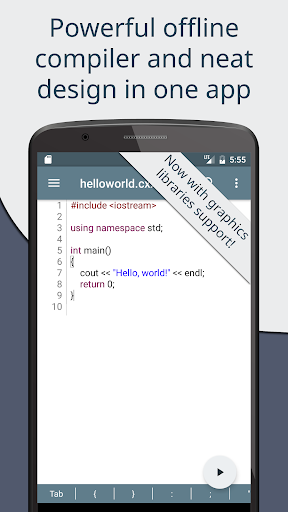 Cxxdroid is the most easy to use educational C and C++ IDE for Android.

* Features marked by asterisk are available in Premium version only.

Important notice: Cxxdroid requires at least 150MB free internal memory. 200MB+ is recommended. More if you are using heavy libraries such as Boost.

Take a part in development of Cxxdroid by reporting bugs or providing feature requests to us. We appreciate that.
The list of features that are not yet available, but we are working to add them:
– Debugger

As Cxxdroid main goal is to help user learn C++ programming language, our first priority is porting common libraries, note that when asking us to add some library.

Legal information.
Busybox and GNU ld in Cxxdroid APK are licensed under (L)GPL, email us for the source code.
Clang bundled with Cxxdroid has some important changes, but the source of this fork is currently closed. We are not allowing any reuse of this (or other proprietary) part of Cxxdroid in any other products and will consider this a copyright infringement.
Samples available in the application are free for educational usage with one exception: they, or their derivative works, cannot be used in any competing products (in any way). If you are unsure, whether your app is affected by this restriction, always ask for a permission via email.
Android is a trademark of Google Inc.
3.1:
Compliance with subscription policy changes